Photo by StockSnap from Pixabay

Or listen wherever you get your podcasts

From Oathbringer by Brandon Sanderson

Spoiler Alert: If you haven’t read the series and want to, this will reveal some plot points that remain a mystery through most of Books 1-3.

The Passage Begins in Chapter 103 Hypocrite

Setup for the scene: Dalinar opens his eyes into a waking dream in the palace of Nohadon. It is peaceful and filled with light, a light so bright that Danilar flees inside from the balcony. There he sees an old man writing at a desk. It is Nohadon, who has aged, for Dalinar has seen him before in a vision as a much younger man. Silver-haired and wrinkled, the author of The Way of Kings (a famous book Dalinar has been reading) is not writing his masterwork, but a shopping list! Nohadon invites Dalinar to join him on an excursion to the market for ingredients to make bread, then leaps off the balcony and slides down a long banner to the ground (something he can only do at his advanced age because of special powers available to some in that world). Then he leads Dalinar on a jaunt to haggle for flour, at the end of which he tips the scales in the merchant’s favor. Tucked into this charming scene are some profound words of advice for Dalinar, who is struggling with his demons while the world’s urgent needs press upon him.

“There is satisfaction,” he said to Dalinar, “in creating a list of things you can actually accomplish, then removing them one at a time. As I said, a simple joy.”

“Isn’t that always the problem? Tell me, my friend, you talk about your burdens and the difficulty of the decision. What is the cost of a principle?”

“The cost? There shouldn’t be a cost to being principled.”

“Oh? What if making the right decision created a spren who instantly blessed you with wealth, prosperity, and unending happiness? What then? Would you still have principles? Isn’t a principle about what you give up, not what you gain?”

“So it’s all negative?” Dalinar said. “Are you implying that nobody should have principles because there’s no benefit to them?”

“Hardly,” Nohadon said. “But maybe you shouldn’t be looking for life to be easier because you choose to do something that is right. Personally, I think life is fair. It’s merely that often, you can’t immediately see what balances it.”

He wagged the finger he’d used to tip the merchant’s scales. “If you’ll forgive a somewhat blatant metaphor, I’ve grown fond of them. You might say I wrote an entire book about them.” [Nohadon’s book, The Way of Kings, is about principles.]

“This is different from the other visions,” Dalinar said. “What’s going on?” The thumping from before returned. Dalinar spun, then charged out of the tent determined to get a look at the thing. He saw it above the buildings. A stone creature with an angular face and red spots glowing deep in its rocky skull. Storms! And he had no weapon.

Nohadon stepped from the tent holding his bag of grain. He looked up and smiled. The creature leaned down, and then offered a large skelatal hand. Nohadon touched it with his own and the creature stilled. “This is quite the nightmare you’ve created,” Nohadon said. “What does that thunderclast [the giant stone creature] represent, I wonder?”

“Pain,” Dalinar said, backing away from the monster. “Tears. Burdens. I’m a lie, Nohadon. A hypocrite!”

“Sometimes a hypocrite is nothing more than a man who is in the process of changing.”

Wait. Hadn’t Dalinar said that? Back when he’d felt stronger? More certain? Other thumps sounded in the city. Hundreds of them. Creatures approaching from all sides, shadows in the sun.

“All things exist in three realms, Dalinar,” Nohadon said. “The physical, where you are now. The cognitive, what you see yourself as being. The spiritual, the perfect you. The person beyond pain and error and uncertainty.”

“You’ve said the oaths!” Nohadon called. “But do you understand the journey? Do you understand what it requires? You’ve forgotten one essential part. One thing that, without which, there can be no journey!” The monsters slammed fists toward Dalinar, and he shouted, “What is the most important step a man can take?”

Dalinar awoke, huddled in his bed in Uruthiru, asleep in his clothing again. A mostly empty bottle of wine rested on the table. […] He buried his face in his hands, trembling. Something bloomed inside of him, a recollection. Not really a new memory. Not one he’d completely forgotten. But it suddenly became as crisp as if he’d experienced it yesterday: the night of Gavilar’s funeral.

The story picks up in Chapter 105

These are Dalinar’s memories of the night of his brother’s funeral. Haunted by guilt at having lain passed out drunk the night Gavilar was assassinated and thus failing to protect him, Dalinar struggles to get away from the people in attendance after the funeral, when he hears a voice down the hall speaking the words his brother wrote in his own blood before he died.

In the distance, a voice: “You must find the most important words a man can say.”

Which key was it? He got one into the lock but it wouldn’t turn. He couldn’t see, he blinked, feeling dizzy.

“Those words came to me from from one who claimed to have seen the future,” the voice said, echoing in the hallway, feminine, familiar.

“‘How is this possible?’ I asked in return. ‘Have you been touched by the Void?’ The reply was laughter. ‘No, sweet King. The past is the future and as each man has lived, so must you.’ ‘So I can but repeat what has been done before?’ ‘In some things, yes. You will love, you will hurt, you will dream, and you will die. Each man’s past is your future.’

‘Then what is the point?’ I asked, ‘if all has been seen and done?’ ‘The question,’ she replied, ‘is not whether you will love, hurt, dream, and die. It is what you will love, why you will hurt, when you will dream, and how you will die. This is your choice. You cannot pick the destination. Only the path.'”

Those words. Could words give off light?

The reader, Dalinar discovers, is Jasnah Kholin, reading from The Way of Kings on the eve of her father Gavilar’s funeral. He joins her, spellbound, and she reads the whole book to them that night. As she finishes, Dalinar finds himself weeping without really understanding why. The book was a series of vignettes, but what was it saying? Of course, we come to understand that he is so moved because these words hold his redemption. This is why I’m sharing them here today. Many readers of this series have spoken about the power of Dalinar’s journey and the courage and resolve it has given them to go on living.

The waking dream with Nohadon is a creative parable within the novel, Oathbringer, the third book in the epic fantasy, The Stormlight Archive. In this world, bonds between humans and spren–fragments of power shaped by human emotions and natural laws who have become self-aware–create a synergistic kind of power known as surgebinding, which is formalized in the orders of the Knights Radiant. Humans and spren bond and grow in power and insight through sworn ideals which they must live up to in the face of crisis and trial. Each order swears their own ideals, but all the orders swear the first: Life before death. Strength before weakness. Journey before destination.

Nohadon was philosopher-king of ancient Alethela, and author of The Way of Kings, a book about principles of justice, leadership, service, and humility. Nohadon was a surgebinder and founded the Knights Radiant.

Dalinar Kholin is a Bondsmith, an order of Knights Radiant, and High Prince of Alethkar who abdicates to lead/rule the rediscovered city of Uruthiru, ancient home of the Knights Radiant. Dalinar’s is a rocky journey. As the world faces destruction, Dalinar struggles to reckon with his brutal past as a warlord. He swears The Third Ideal of the Bondsmiths by realizing that the most important step a man can take is not the first step, but the next one. “I will take responsibility for what I have done. If I must fall, I will rise each time a better man. ” —from Oathbringer, Chapter 119.

“The most important words a man can say are, ‘I will do better.’ These are not the most important words any man can say. I am a man, and they are what I needed to say. The ancient code of the Knights Radiant says ‘journey before destination.’ Some may call it a simple platitude, but it is far more. A journey will have pain and failure. It is not only the steps forward that we must accept. It is the stumbles. The trials. The knowledge that we will fail. That we will hurt those around us. But if we stop, if we accept the person we are when we fall, the journey ends. That failure becomes our destination. To love the journey is to accept no such end. I have found, through painful experience, that the most important step a person can take is always the next one.” 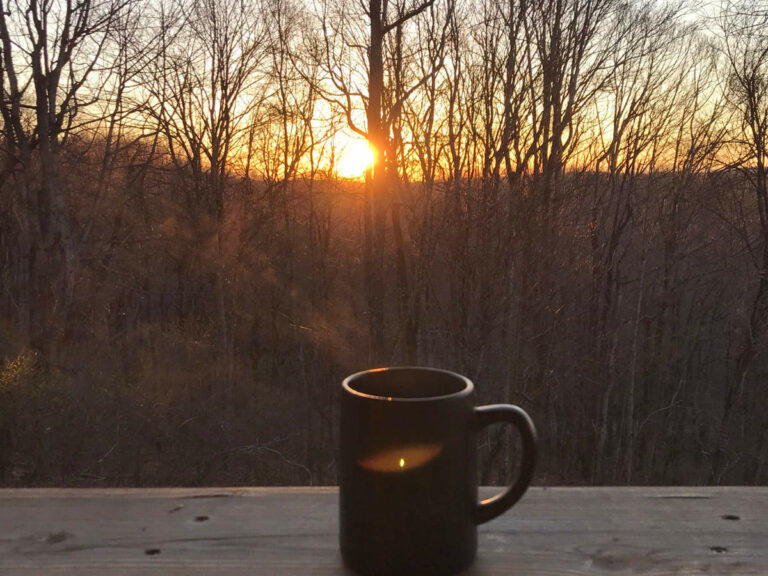 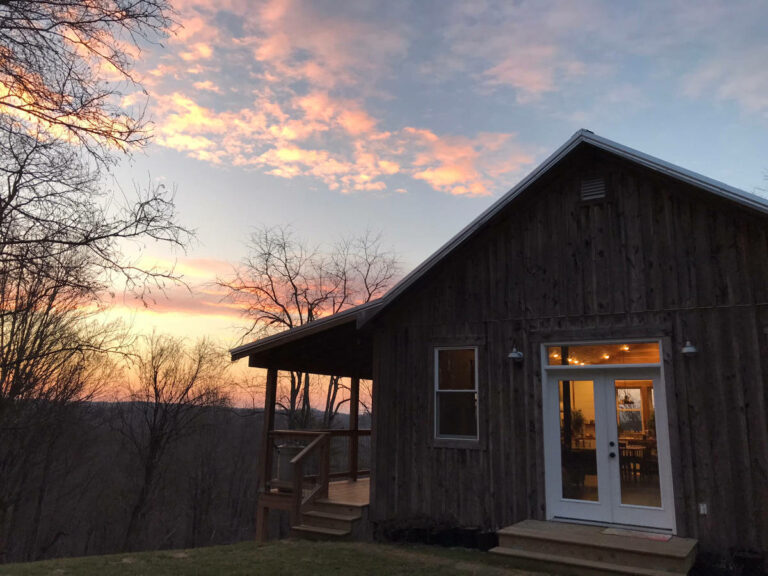 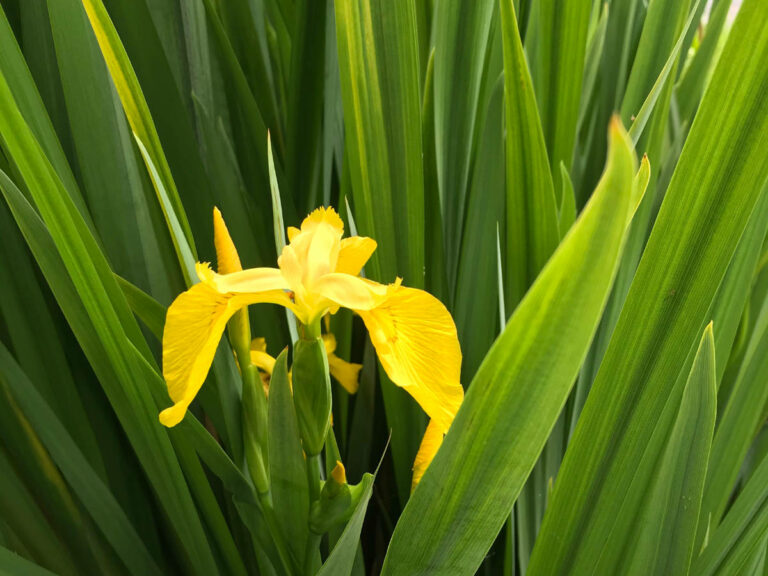 What Is the Sacred Heart?