Photo by David Hablützel from Pexels

Or listen wherever your get your podcasts

A few years ago, maybe ten, I discovered that I can get bees and wasps to move their colonies out of high traffic areas by asking. I have no idea if this is a special talent or just something that no one ever tries to do. After all, most people view them as pests at best, dire danger at worst. I don’t think my successes have been a coincidence. I’ve had too many miraculous evacuations. So I thought I’d share my method in case anyone else wants to try it. I’d love to know if others can get it to work. And of course, my ultimate goal is to foster a spirit of collaboration with the non-human intelligences of nature and to seek peaceful outcomes wherever possible.

The discovery started with a tidbit I heard from Spikenard Honeybee Sanctuary here in Floyd, Virginia. At the time, I lived in an apartment in town and got a report from someone who’d taken a tour at the santuary. The tidbit was about formic acid. According to Gunther Hauk, co-founder of the sanctuary, all stinging insects including bees, wasps, hornets and also ants, excrete microscopic droplets of formic acid as they move about the environment. Apparently, this substance plays a critical role in the life cycles of most (or all?) biomes. Without these tiny droplets spread regularly throughout the environment, the ecosystems would fail! I found that information dazzling and humbling.

Spikenard offers a three-part recording around this teaching on their website: Formic Acid: The Gift of the Stinging Insects.

We wonder, “What good are these creatures?” Especially with pests like hornets and wasps which don’t even give us honey, it can seem like all they do is sting! But in fact, they’re helping to knit together the web of life. The crisis of colony collapse among honeybees has raised awareness of the importance of pollinators to the entire human food chain. I’ve heard worst case scenarios predicting worldwide famine within a year of a total collapse. But it was revolutionary to realize we have reason to thank all the stinging flying insects, creatures that most people would just assume bomb with a can of Raid!

The first time I successfully got a colony of “bees”–I’m sure they were some variety of hornet–to move, I’d just learned about formic acid when a friend complained that some bees had made a nest in the vinyl siding right near the formal front door of their house. The colony was pretty entrenched by the time of our conversation, vigorous and frightening enough to drive people to use the side door. She was going to have to call an exterminator. I begged her to reconsider, relaying what I’d learned about the formic acid. In a flash of inspiration, I suggested we try a meditation to see if we could ask the bees to move. Why I thought it would work, I have no idea. I wasn’t going to be able to go out in person, but even if I had, I don’t speak hornet. Still, it seemed better than doing nothing. So we did a meditation/prayer over the phone together. I gave the hornets a weeklong deadline to move, which she’d agreed to honor. A week later, to my shock, the hornets were gone!

After that, I tried it every time a nest was in danger of fumigation due to being dangerously located. I tried with different varieties of hornets and wasps in different kinds of locations: inside of a ladder that had been stored outside for a few years (you know those hollow aluminum ladders?), in outbuildings, in eaves, in walls. Each time the homeowner was planning to spray, I intervened, set a deadline, and by the time the homeowner went to execute their plan, the bees were gone. I should emphasize that I have not done this with actual honeybees. I can’t imagine asking an active honeybee hive to move. Seems like such a waste with all that honey. But I’ve done it with different people, across different timelines, and in different conditions.

The most intense one, which I didn’t actually expect to work, took a bit longer, more than a month. A friend had a shed building in which a very aggressive type of hornet had built a giant nest inside the main room in the far corner diagonally opposite the door. It was one of those big paper nests, and the hornets were constantly bombing in and out through the door all day long. You’d step through the doorway and have to duck. Very intense. She was a pacifist and green all the way, but couldn’t use this important outbuilding and was considering having someone come spray it for her while she was out of town. I offered to try to get them to leave. She was skeptical but dragging her feet because she hated using pesticides. She left me to it, declining to participate, but postponed taking action on the fumigation, and then went out of town. When she got home, she called me up. The hornets were completely gone.

My favorite example happened at the old mountain cabin my family owns in Nantahala, North Carolina. It’s an old 1930’s cabin where we sometimes spend a week or two during the summer. It’s got one of those wooden-framed screen doors that bangs when you let it shut behind you. I love the bang. They’ve since put a piston hinge on it (boo). Anyway, one summer we arrived to discover a bees nest in the walls right near the door. If you let the door bang behind you, it would disturb them and they’d fly out around you. We had to remember to gently shut the door, but would sometimes forget. On the last day, as we packed to leave, we forgot quite often and the bees were very stirred up. Then my mom got stung, and the guys decided that was it. They decided to ask my Uncle Gary who lived nearby to spray the bees next time he got a chance.

“Let me try first!” I said, and explained my method. My family is used to the occasional flight of fancy (and more!) from me, so they humored me. We asked my uncle to spray the bees but to wait at least a week before doing it. I fretted all the way home–urging them to find a place in the forest to live, worried they wouldn’t be able to do it in time because I thought they were actual honeybees and might be in the process of creating honey and the whole nine yards. When we checked in with Gary a few weeks later, he said that there were no bees when he went up to check it out. We’ve never since had a problem with bees in that house (though I’ve been lax about the gentle hornets nesting in the attic on the sunny side of the house because they don’t bother us). I think this was my favorite example because I had so many witnesses!

I have had zero success with mammals and birds. So far, insects and especially highly organized hive insects, have been the most responsive. But spiders too, actually. I hope more people will try innovative ways to deal with “pests.” Toward that end, here is my method for relocating wasps, hornets, and bees. Besides the experimental value, this is a far easier, toxin-free and cost-free way to deal with a potentially dangerous situation.

How to Relocate Bees, Wasps, and Hornets

So maybe this is a portable skill, maybe it isn’t. Maybe I have psychic abilities that allow me to communicate with bees and wasps and hornets. Maybe those capacities are rather common. I’d love to find out. I also think we have been woefully ignorant about how important our non-human partners are. I’d love to for other people to begin to explore and discover new borders and landscapes of thought, feeling, and being. 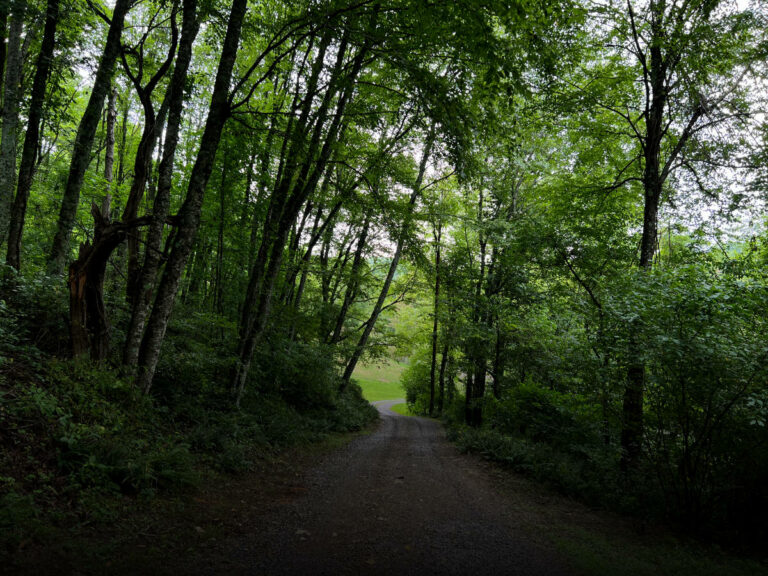